This catalogue provides a comprehensive priced listing of the stamps issued by the countries of the Western Pacific,

including: Fiji, Kiribati, Nauru, Papua New Guinea, Solomon Islands, Tonga, Tuvalu and Vanuatu.
Listings up to 1970 are extracted from the 2017 Commonwealth and British Empire Stamps catalogue. Later issues have been updated and priced for this edition.
KEY SELLING FEATURES:
• The first edition of the Western Pacific Catalogue in three years.
• New issue listings updated.
• Prices revised throughout with a significant number of changes since the last edition.
• Over 300 new stamps have been added since the last edition.
• Watermark varieties, important plate flaws, major errors and booklets are all included.
• Later issues have been revised and updated specially for the publication. Fiji ‘Bird’ surcharges updated with numerous new varieties and errors now included.
• Several new varieties added since the previous edition.
• Detailed listings of New Zealand stamps used in Gilbert and Ellice Islands.
• Illustrated in colour, details of issues up to 1970 have been extracted from Stanley Gibbons 2017 Commonwealth and British Empire Stamp Catalogue.
• Provisional surcharges and make-up stamps, issued by Papua New Guinea in 2014/15 now listed.
• German colonial issues of New Guinea listed in full, with prices for German stamps used there before the arrival of the overprinted set in 1897. The Stanley Gibbons Western Pacific Catalogue lists and prices the stamps of British Empire and Commonwealth countries in the area from the earliest issues to date, to the level of detail familiar to users of the Part 1 British Commonwealth listings.
The catalogue contains:
• Fiji
• Gilbert and Ellice Islands
• Kiribati
• Nauru
• New Guinea (German New Guinea, Australian Occupation)
• Papua (British New Guinea)
• Papua New Guinea
• Solomon Islands
• Tonga (and Niuafo’ou) • Tuvalu
• New Hebrides (British and French issues)
• Vanuatu
New issue listings updated as follows:
• Fiji (to August 2016)
• Kiribati (to July 2015)
• Nauru
• Niuafo’ou (to June 2016)
• Papua New Guinea (to August 2015)
• Solomon Islands (to November 2015)
• Tonga (to September 2016)
• Tuvalu
• Vanuatu (to May 2016) 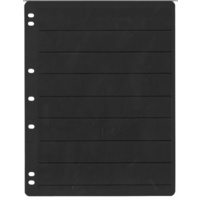